WU Campus in Vienna (Vienna University of Economics and Business)

WU Campus in Vienna (Vienna University of Economics and Business) 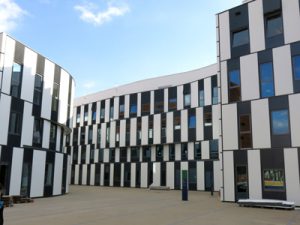 The new WU – Campus in Vienna (Vienna University of Economics and Business) is currently the biggest new University Construction in Europe and so far the biggest in Austria. The site is more then 90,000 square meters and has six spectacular buildings designed by internationally recognised architects such as Zaha Hadid.

The new campus holds up to 25,000 students in the 90 lecture halls and seminar rooms there is space for approximately 5,000 seats. The Area covers five large lecture halls, 53 seminar rooms and an auditorium with a capacity of 650 people. Assistive Listening Devices in the form of Ampetronic hearing loop technology was seen as an essential aspect of the installation in order to provide equal access to those students with hearing loss. 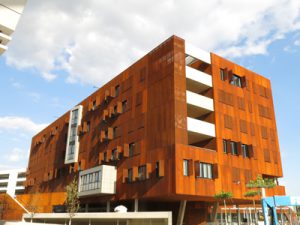 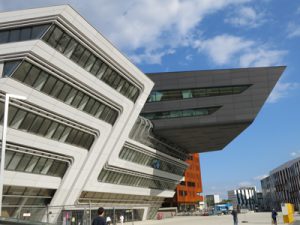 Barrier-free communication
Even during the planning process Induction loops where suggested in all lecture halls as to ensure easy access to seminars for those with hearing loss. Installation was more difficult than first thought, with many of the lecture halls being located closely together, increasing the risk of unwanted crosstalk between the loops and subsequent rooms (Loop Spill explained). The Client thought, at first, that they would have to choose only a few lecture halls and zones to be covered by the induction loops, but both WU and Kain-Audio had the aim of creating ‘barrier free communication’ between student and teachers. This led them to decide that all classrooms, as well as the auditorium, would utilise an appropriate induction System. 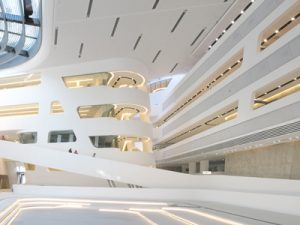 Precise planning
Kain-Audio worked alongside Ampetronic’s team of world leading experts to plan over several weeks intensely intricate designs that utilised Ultra-Low-Spill and Low-Loss designs. Because of the large number of adjacent rooms, these were the obvious choice for hearing loop layouts. These Designs reduce the horizontal spill (Field radiation outside the usable area) into other rooms on the same floor. 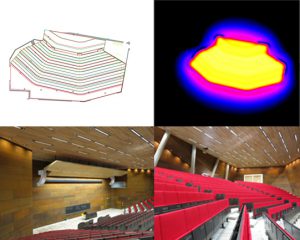 Field measurements
During the installation of the loop Alex Bossew from Kain Audio did Field measurement tests on all loops in every lecture hall, ensuring the quality of work was to a high standard. This was also done to see if concrete reinforcement or other influences (for example, the potential impact of nearby generators) had an effect on the resulting intelligibility of audio coming from the loop.

Commissioning  & Protocol
Every single lecture hall received precise adjustments as well as undergoing loop test measurement commissioning and performance checks against the IEC 60118-4 Standard. Precise functionality of all induction loops was therefore approved and the resulting installations have received much praise from WU and the students that attend there. 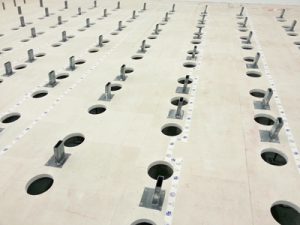