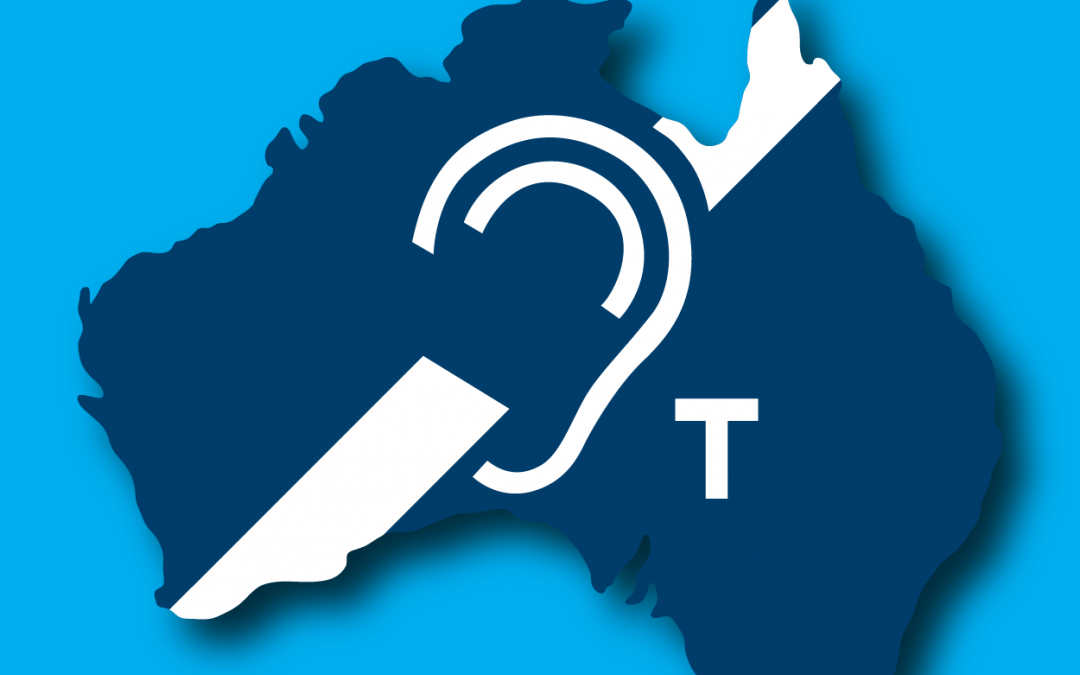 The 2021 revision of AS 1428.5 marks a significant change from the previous version (2010R2016), removing a lot of complexity around measurement levels and bringing requirements closer to those of AS 60118.4.

This document is a high-level summary of the key requirements for the performance of hearing loop systems and comparisons to other relevant standards, it does not cover every aspect of compliance for a hearing loop system, or any aspect of the other assistive technologies referenced. For a more detailed understanding of the requirements of AS 1428.5 the latest version can be purchased through Standards Australia.

NOTE 1 Throughout this document where absolute levels are given in dB this is re. 400 mA/m. This is the standardised level used in the latest versions of AS 1428.5 and IEC 60118-4 at time of writing. The previous version of AS 1428.5 gave values re. 1 A/m so some adjustment is needed when making direct comparisons.

NOTE 2 In the requirements comparisons BS EN IEC 60118-4 2015+A1 2018 is used in place of AS 60118.4 as this is the latest harmonised international standard which Ampetronic recommend working to.

AS 1428.5 requires all wheelchair seating shall be covered, and the coverage requirements apply to each area of seating, eg. in a theatre both the stalls and balconies must be covered.

The hearing loop system should cover 80% or above of the room or area. This must be ‘mapped’ by determining the area where the system is compliant with the magnetic field strength requirements. Once this compliant area is identified it should be calculated as a percentage of the total space.

IEC 60118-4 does not define a minimum coverage but requires that the “useful magnetic field volume” is identified, this is the area and heights within which the system is compliant with the field strength and frequency response requirements based on a sufficient number of test points. These points should be influenced by where users are likely to be listening to the system.

The new standard maintains the same approach as the previous version here, that 1.2 m above finished floor level (AFFL) is to be used for fixed seating positions, or for non-fixed seating positions the weaker of either 1.2 m or 1.7 m AFFL is to be used. For a floor level installation 1.7 m would always be the weaker measurement height and conversely for a loop installed above head height the 1.2 m measurement height would be weaker.

In comparison in IEC 60118-4 the concept of “useful magnetic field volume” is used, which requires testing at all usage heights (both 1.2 m and 1.7 m in a mixed-use space).

This is also largely unchanged and requires the measurement device to be perpendicular to the line of sight for the user with a tolerance of ± 15° in cases where the coverage area varies in height by more than 3 m (primarily of concern where the loop is installed on raked seating).

IEC 60118-4 does not have a similar requirement but mentions in informative Annex E that it should normally be vertical, but to take account of scenarios (eg. houses of worship) where the angle of the telecoil may change.

This has been simplified significantly and now requires that the A-weighted noise measurement is -22 dB or below throughout the listening area. Any non-compliant points are excluded from the coverage area.

The previous version required a maximum background noise of -36 dB, but had multiple clauses regarding background noise and signal to noise ratio which generally equated to -27 dB, so the exact requirements were unclear.

IEC 60118-4 aims for an ideal signal to noise ratio of 47 dB or greater re. the reference magnetic field level but recommends 32 dB as a minimum in most scenarios. 22 dB is considered acceptable for short periods if improved intelligibility is still provided. As the reference magnetic field level should be 0 dB these figures can also be expressed as absolute measurements (eg. -32 dB) for simplicity.

Due to long term average speech levels being much lower than the measured field strength reading, a -22 dB background noise level across the entire room likely equates to a poor signal to noise ratio for long term listening. As such Ampetronic would always recommend testing to the IEC 60118-4 requirements to ensure a genuine benefit is being provided.

Another area of simplification, the requirement is to be 0 dB ± 3 dB for peaks of simulated speech at the weakest point inside the area. In reality the clauses regarding coverage area suggest that all points should be within this range too.

Prior to this there were differing requirements dependant on whether the loop amplifier AGC was fast or slow acting and whether there was metal reinforced construction in the building.

The new version is much more consistent with IEC 60118-4 which also simply asks for 0 dB ± 3 dB, however 60118-4 allows a wider selection of test signals to be used, including sine wave, pink noise and a combination signal which aligns more closely with a lot of manufacturer recommendations.

Both 60118-4 and 1428.5 also allow a wider range of ± 6 dB for counter systems. AS 1428.5 makes it clear that a permanently installed hearing loop system is the only option acceptable for counters.

The bandwidth of 100 Hz to 5 kHz shall be within ± 3 dB of the signal level at 1 kHz. It only requires the measurement to be made at a single position “half way between the loop cable perimeter and the centre of the loop”.

In reality with a multiloop system the frequency response is normally relatively consistent across the area however a perimeter loop in the presence of metal structures will often have worst frequency response in the middle. For this reason Ampetronic would always recommend measuring multiple positions within the volume of use, so long as one of them satisfies the position mentioned above.

The previous version of AS 1428.5 had the same requirements other than measuring at the weakest point of the loop which is arguably more likely to pick up the worst frequency response too in the presence of metal.

Again 60118-4 has the same 100 Hz to 5 kHz ± 3 dB specification, but recommends multiple measurement points throughout the useful magnetic field volume, as well as suggesting a survey of the variation in frequency response across the area which will give a more complete picture of the system performance.

None of the standards give specific requirements for overspill. AS 1428.5 2021 requires that hearing loop systems within 5 m of each other must be phased dual array (or MultiLoop) systems.

IEC 60118-4 covers the topic in detail within informative Annex I and states the background noise limits should be applied to overspill from one system to another.

Signs must be permanently installed with the bottom of the sign at least 1.7 m AFFL.

AS 1428.5 2021 differs from the international standards here in that it specifically states that the letter T shall not be included within the main symbol, whereas both IEC 60118-4 and IEC TR 63079 include the letter T. The letter T is typically used to identify a hearing loop system (T-coil or telecoil) as opposed to other forms of assistive listening.

The key parameters of system performance in AS 1428.5 2021 now match very closely with the requirements of the internationally recognised IEC 60118-4 standard.

While there are minor differences in some areas, or different recommendations in test tones, the end results are close enough that we would recommend a harmonised approach to compliance, testing the system to a single set of criteria that evaluate it against both standards.

This is the approach we have taken with our Loopworks Measure tool, where previously there was a separate option to allow for the -9dB “metal presence” option in AS 1428.5 2010 (which will remain available for testing of legacy systems), going forward we will treat IEC 60118-4 and AS 1428.5 2021 as the same verdict path.

It should be noted that AS 1428.5 2021 sets out a full list of conformity information in table 3.2.17 which may be required alongside the Loopworks Measure commissioning report for final signoff of a system.

The below is a summary of key criteria. The most relevant clauses are highlighted and should be read in full for whichever standard you are required to comply with. This is not an exhaustive list and familiarisation with the full standard is recommended. 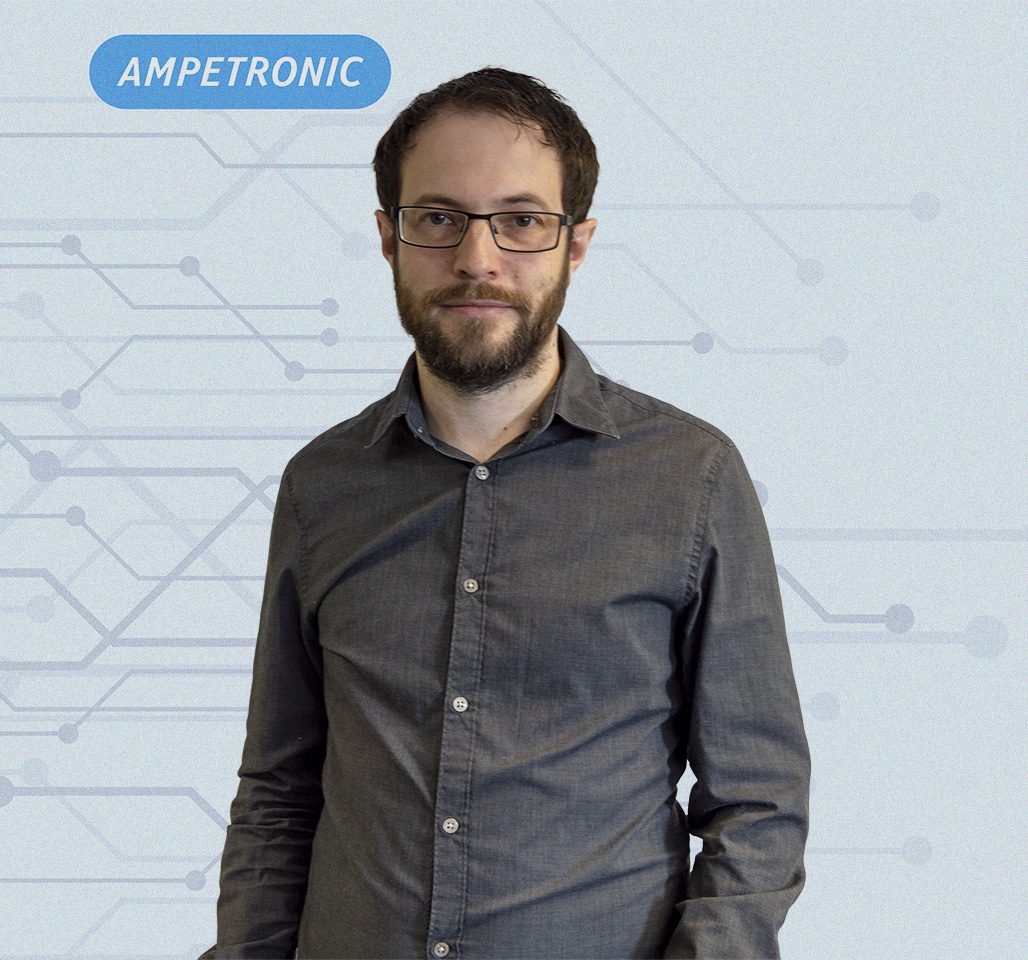 Chris Dale started out in the audio industry in 2006. After completing a BSc (Hons) degree in Music Production and initially working as an in-house engineer at local music venues, Chris advanced to Assistant Technical Manager of a group managing venues up to 2000 capacity around the UK. During this time Chris provided oversight for a large team of engineers and management of high-end audio equipment. Chris joined Ampetronic in 2014 as a System Design Engineer. He spent the next 4 years developing his expertise in the design and support of assistive listening systems, including writing and delivering a lot of Ampetronic’s industry leading training, before moving on to lead the technical support team in 2019.